How to attract women and keep it that way 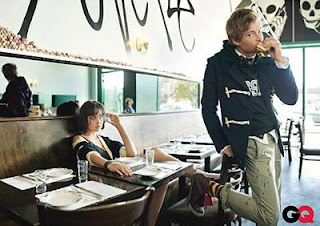 This is Hunter Parrish, an actor from the show "Weeds." He is a young guy, can't be more than 23. I am a fan of the show. I haven't been able to watch this season yet. I have been reading the episode summaries though. They can be found on the most excellent and useful website Television Without Pity. The writing on that site is above and beyond. It is the cat's pjs. Trust me, you want to go there. Pack a lunch though, you'll be a while. 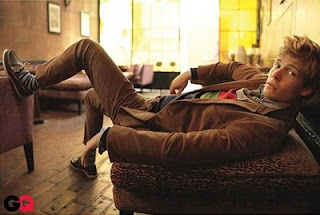 By all accounts, Hunter Parrish is an attractive guy. But, he hadn't attracted me until recently. The character he plays, "Silas", started out as an attractive but needy young man. He pulled stupid stunts like using a pin to punch holes in his condoms. Trying to trap his beloved. Bonehead.

Somewhere in the third, maybe forth season he mans up a bit. He stops being a pansy and starts to assert himself. Not aggressively, just assertively. He starts to carry himself like he is something. Starts to look people in the eye and speak clearly. He begins to read the body language of women he is attracted to and responds in kind. This is when his character began to interest me. It wasn't the blonde hair or the abs of steel. That is just window dressing. What really attracts women, is something unrelated. 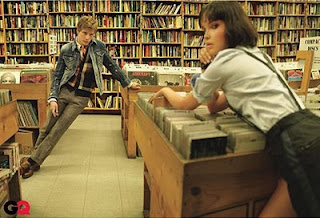 Ya see, men can be very attractive. Even if they are butt ugly. It's matter of confidence or alpha energy. This can be hard to come by. I really feel for guys in this respect. Women hold the keys to the kingdom. It can be daunting for men, trying to negotiate through the jungles, being a nice guy. Women are wiley and complicated creatures. I know, I am one. 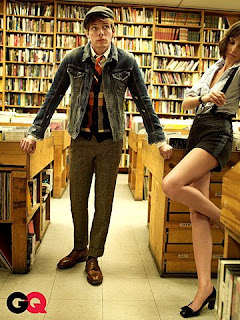 With all that being said, I do believe Mr. Parrish is on to something here. He has the swagger, the smile. He knows he's got something. He owns who he is. But, he is still a kid. He lacks seasoning. It's a good beginning though. All he needs is a little time to strengthen the skills of being a man. Because women like dating men. And what we see here is the glimmer, the very roots of what is to come.

It's all about confidence, isn't it ?

I'm definitely gonna get to Weeds at some point this summer. Have to get through Battlestar Galactica first. So say we all.

Earl: Weeds is very nugget size fun. It's quality though. At least in the first few seasons. Now I watch it (ok just read the summaries) because I want to know how it ends.

But, weeds doesn't demand much of the viewer, unlike BG which seems like it would make me work as I tried to figure out the sci fi plotlines and such.

Plus, BG seems to lack a certain, um, fun.

thats a show thats been on my "summer" list for about 3 years now. Unfortunatly i probably wont get to it until next summer at best.

of course, i DO get showtime so i could just start watching it, but i want to defintely watch it from the beginning..

Yeah. Best to watch it from the beginning. It's good in teh beginning.

but, you have fun with the shield.