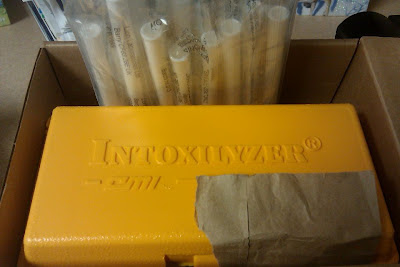 The item above is the breathylzer at work. If people show up drunk at my office WHICH THEY TOTALLY DO I have to have them blow into it. I pray it's under the legal limit. Sometimes though, I get lucky and they show up drunk-with a sober driver- in which case I THANK THEM FOR THINKING AHEAD. Because if you show up drunk, without a driver, blow above the legal limit-- I have to call the police.

And I give the stink eye. I don't like calling the police. I try not to sound off a grumpy noise but it happens.

When driving with my husband, he makes little noises. I fully admit I am not the best of drivers. Six speeding tickets and a few accidents (most due to innattentive driving) proves this. I've gotten much better and having been pulled over in years though.

But, I am not the best driver and this irks Mr. Hall. He does his best not to say anything but the noises, they let me know. He becomes especially squeaky when we are in parking lots. It seems parking lot driving IS A BIG HONKING DEAL for most men. The noises, they become a bit more pronounced during these times of woe.

One time, I did a full on u-turn in a residential neighborhood and Mr. Hall let out a large GAAAH. He doesn't believe in such tomfoolery. Unsafe he says. Which is fine, if we are going to drive long distances or in parking lots I let him drive.

At that point where I become his driving coach. To which he replies, "So-being on that side of the car makes you a better driver?"

Sometimes I can't shut up when I am trying to sleep at night. It's not that I can't stop talking, it's that my brain won't shut up. It's useless draining energy. But sometimes I get so verbal with my thoughts I start saying words. Random words pop out of my mouth like green, pepper, or basketball. At this point I've woken Mr. Hall up because HE NEVER HAS ANY TROUBLE SLEEPING AND COULD FALL ASLEEP AGAINST A STUPID WALL. Yeah, I'm jealous. What of it!?

I notice this with my son who is a busy thinker. It all has to do with ADD. Which I have and I am pretty sure my son has. The ADD brain is a busy fricking one. Even when doing nothing, like eating his p b and j sammich, I see his head bobbing, legs and feet wagging. He will wiggle his butt right off the chair cause he's thinking so hard. Meanwhile he's sort of humming and making these weird noises. Totally absorbed in his thoughts and his peanut butter.

BUT HERE'S THE THING

I ask him, "Sweetie, what are you thinking about?"

And smiles his big smile and all is right with the world :) 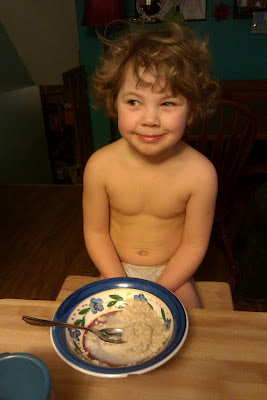 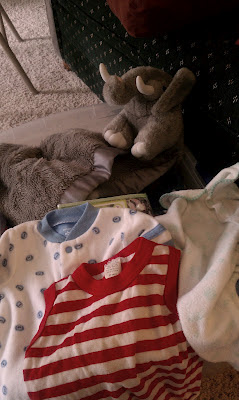 The above photo is all that survived last year's mass give away of maternity, baby and kid clothes. I gave away 8-12 honking rubbermaid containers because after my last miscarriage, I was done.

Turns out, I just needed to heal. Thus, some five months after the loss, Mr. Hall provided wonderful lubrication in the form of what he called 'tropical juice'. Through drunken slurs, the truth came out. I wasn't done. I wanted to have another baby. I wanted the two babies we had lost. He wanted to try again too.


And God has blessed us with more baby belly and I couldn't be happier. 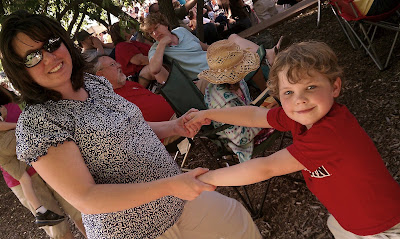 That being said, when family and friends heard of my mass purge, they promptly deluged me with this. 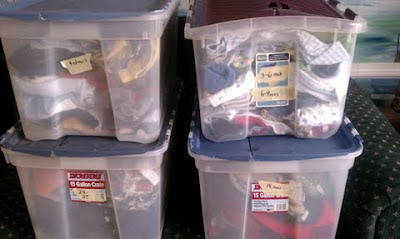 There are another two rubbermaid containers not pictured. I am humbled, bereft of words to explain how this feels. I mean, YOWZA! People are too kind and it's hard to accept this kindness. But I did. And now my kid now has enough clothes to last for two years!!!

I tried not to fight it but all of this is making my cry for happy and just languish in the goodness.

Mr. Hall is not in shock.

He believed all along.

I guess I just needed a little help with letting go. Letting go of my shock, of my denial and my sad. This baby is so squirmy and strong. I feel him kick all the time. I can breathe now, hold him in my belly for a few more months and love on him.

Then, God willing, he comes out all pink and screamy. Then I will hire a marching band and go up and down the street!

Then, there was this

When I layed down on the ultra sound table, my left shoulder blade started to ache. Which exploded into spasms that ate up the rest of my back. It stunk because I knew it was just my body articulating my crazy. Because I was fine, the baby was fine. In fact, he didn't sit still the entire time we looked at him.

Here is the one moment of relaxation. With legs crossed no less.

We call this the hammock shot. 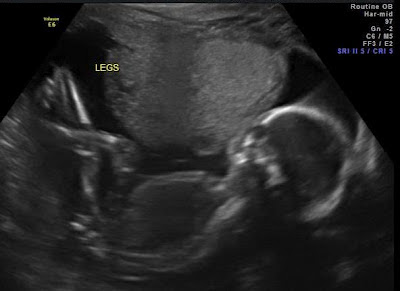 Now, what to call the mover and groover. I love feeling him move. It's like a little conversation we have. He moves, I tell him I love him and we talk about things.

Anyway, names! I was so sure he was a girl I never even thought to come up with names.

Mr. Hall would like the name to end in a vowell. It'll go better with all that way.

5 Left a message at the beep

Ok Game of Thrones, I'm not made of wood, you got me 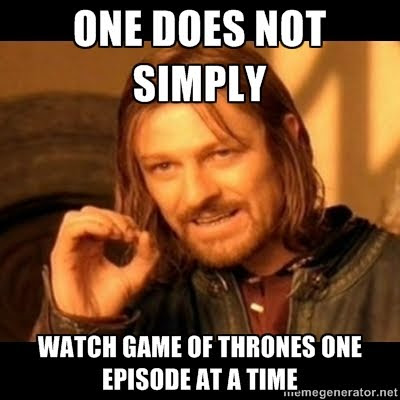 I started watching game of thrones because my husband watched twilight with me. I usualy get dizzy around shows like Game of Thrones. There is a lot of plotting, schemming and beheading with swords. It confuses me because the plot is advanced by action, not character development. Plus, it's set in the time of castles, knights and bethrothed ladies in waiting. Plus, there are dragons and women birthing demon shadow babies. It doesn't makes any sense at first.

The show left me lost and itchy. The game is played by something like five families, all intertwined. With confusing names. And weird lineages. All swords and horses.

But, again, Mr. Hall watched Twilight. All of them. With me. Because he loves me. So I started to watch Game of Thrones for him. And read about it to help me be less lost.

Then a funny thing happened. DANGIT!! I started to become a fan. I started getting it.

It started with this actor. Peter Dinklage. 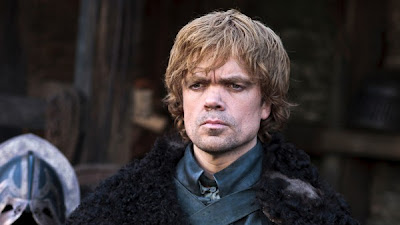 He's the bastard son of a king i think. Bastard is a word they use a lot of this show. However, the actor is above and beyond. Leading man meterial with toughness, vunerability and undeniability. He uses his smarts because he's a tiny man. Which gets him a lot of places. I really like his story lines and this was the first hook for me. 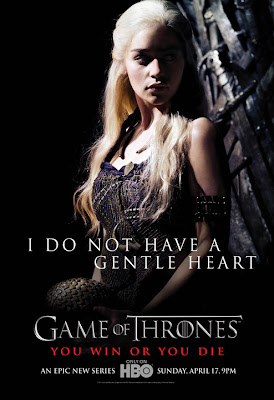 That girl up there is a treat. She's not as good of an actor though. All the swords, horses and dragons can lend itself to overacting, which she does. But, she's soft and sort of blonde. I think she's topless in the first season a lot. I didn't watch the first season. So, like her, I don't really know what's going on with her character. And the character is making up her story as she goes along, not really knowing what she's doing. I like this.

The only thing that bugs me about the show is the fake, prententious, faux british accents that all fantasy shows have. But, I can't be too picky. I need shows like this. Shows I can really sink my teeth into and enjoy. Shows I can analyse and think about. I mean, what am I supose to do with my after the kids go to bed time? Read?? I think not!! 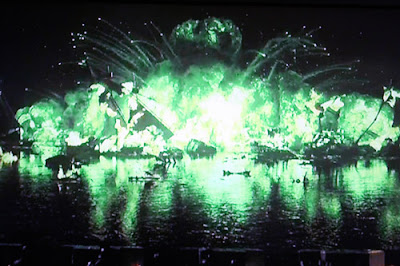 Anyone else a fan?


4 Left a message at the beep