i need a frickin hobby 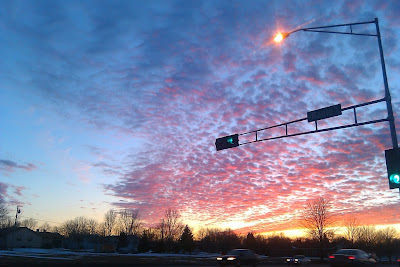 Having been through two miscarriages, I know what to do if it happens again. Miscarriages are trauma. A specific trauma that involves the loss of one's baby. It's a rough, horrible recovery and then, with prayer and love, I can be healed.

These days I find myself pregnant again. Things are moving along predictably. I am so sick with morning sickness, so exhausted and nothing tastes right. I have had a number of headaches and a few migraines which make the right side of face explode in numbness. The chest has gone up a size and belly is starting to swell. I am ten weeks today.

All of which belies the galloping terrors I have inside.

The problem I have, is that twice before I lost my babies without warning. No cramping, no spotting, no nothing. I was still morning sickness and everything was chugging along. I just went in for routine appointments and they couldn't find a heartbeat. So, really, there is no way of knowing that things haven't stopped and my body is just going along like nothing happened. The not knowing is the riding crop.

It's gotten bad, these feelings. When I surface from nausea attacks, when my face regains feeling, when I can relax and eat with joy, this is when my scared goes into overdrive. The doctor was kind enough to offer me sooner appointments, to check on things, but that is no good. He's a nice, relaxed and reassuring man. But, he's a doctor and those visits trigger an ugly avalanche of freak out for me. I sort of go numb and stare the day before the appointments. The morning of, I just start crying. I cried when he saw me last.

I can't go in to see him early. It's too much a trigger. It was nice of him to offer though.

Then I can use prayer. I am so exhausted and tired. So worn down by first trimester symptoms and my worries I can't seem to surface enough to pray. But I don't have to be fancy about it. Just a few words here and there. That will help.

Leaning on Mr. Hall. I don't do this enough. He's right there, being over joyed and making jokes about his ability to knock me up. Calling himself a super stud, saying we should put a warning sign by our pool that a fertile man lives here. He gets so frustrated with me. I do too. But, leaning on Mr. Hall, that'll help.

Ok, that's enough for now. No more of this crazy. I'll be turning off this train of thought for now. Letting the normal happen and what I have happening now is so very normal. So very miraculous. I just need to open up my arms and let it all happen :)

Songs to help with morning sickness

First, a declaration of intent through the grapvine.

Then, a reminder of being well, young, thin and ready to go get it.

These are lifting me up as I waddle through the first trimester, exhausted and icky. And so devastingly happy. 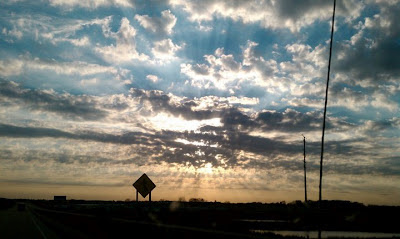 When ever someone refers to me as a 'working mom' I get a little miffed. I mean, sure, I do work but not that much. And certainly not that hard. I work 30-35 hours a week talking to people. It's mental health work, not heavy lifting. I want to make a bumper sticker that says, "every mom is a stay at home mom-we never really go anywhere!"

I get home at five pm every day, except every other Monday. Every other Monday, I have off of work! I don't work pms, nights or weekends. Or holidays. Or federal holidays. I am not bragging, just blessed beyond belief.

Mr. Hall works from home. Remotely logging into people's computers and fixing them. Migrating servers at times. This frees him up to drop off and fetch the kids. It's really wonderful this arrangement. Frees us up from daycare costs. Makes me feel happy inside.

Sometimes, when I get home my daughter sort of has a meltdown about her day. She spills out the troubles, the crazies, the sads, the 'he took my pencil and called me stupid' stuff. She'll get red faced and heavy sobs. Which is typical for a nine year old girl. Girls are delicate and sensitive. So I hug her.

SO HERE'S MY QUESTION.

Why OH WHY WHY WHY does she wait to spill her guts till I GET HOME? She has a full hour and half with her Daddy before I come home. A Daddy who cares, loves and listens just as much as her Mommy! Why does she wait until I come home to spill?

I can say that I'm not that good of a problem solver either. Daddy takes her concerns, compiles them logically, puts them in context and solves things for her. I try this approach and she doesn't always respond. Then, I get a bit huffy and tell her to suck it up.

So why does she wait until I get home? I mean, I'll come home, she'll be totally rocking out with her legos or coloring and BAM! The water works start! I mean, I pay attention to her outside the tears. We do lots of stuff together and hang out a lot. It's not like she is lacking attention from her Momma. And I work, but not that much!

What you do think? 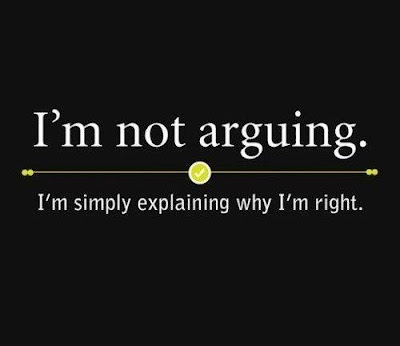 I yelled downstairs to Mr. Hall, "CAN YOU GOOGLE ROY G BIV? I NEED TO KNOW THE COLORS!!" To which he replied, "WHY?" and then questioned the logic of my project that required rainbow colors. Because Mr. Hall always tries to use logic with me. Especially when I am knee deep in a project, having already decided exactally how things should go.

Like the 'lazy man's air conditioner'. Which I spoken of before. Basically, you take an ordinary fan, strap an ice pack to the front and WHALLA! Poor man's air conditioner! Except Mr. Hall pointed out that the ice pack would block air and thus make the room warmer. DANG LOGIC! I coulda made a million dollars!!

Last week, I was feeling guilty for working out in the morning and missing the kids as they went off to school. "I can't help you out in the mornings!", I said. "It doesn't matter," he explained, "They just need to get up and out. You get in the way anyway." Which is so nice for him to say. :)

Then, I asked him about our recent ultrasound of our little bean. I asked him what he thought of the appointment. Was he all shook up like me? All verklempt?

"No," he said. "The doctor said I had super sperm and BA BAM! Looked how I just knocked you right up!! He said we need to put a sign by our pool for the neighboor ladies to WATCH OUT! Fertile man swims here!"

My jaw dropped. The doctor said no such thing! But Mr. Hall had a point. We can get all excited about this. Happy and joyful even!

"I should put an ad on craigslist. If people are having trouble getting pregnant, I can charge a fee for my services!"

Labels: inventions, logic, this is why I am married
Newer Posts Older Posts Home
Subscribe to: Posts (Atom)