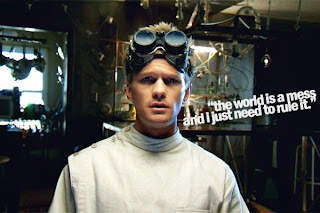 I filled out no less than 56 pages for our adoption from foster care application. All manner of personal, medical, housing and financial questions were asked. The state wants to know all the things. So, I parked my butt in the minivan, drove to a wooded park on a sunny day and KNOCKED IT OUT IN 3 HOURS. BOOM!!


Mr.. Hall was less enthusiastic about the paperwork. Revealing your tax information to strangers on a wink and a prayer that there are kids out there, that we can adopt, was something he grumbled at. He's not convinced this will actually work. Most kids in foster care either go back home or are adopted by their foster families. Just adopting from foster care is a least likely scenario. So, all of this may be for nothing and I understand his groaning. I don't care though. I'm not doing anything else right now.


There's a lull in the House of Hall. Our middle son, the genius Mac, has come along nicely with his defiant tendencies, ADHD and giftedness. Very blessed times as of late. Medication and therapy are going super helpful. Him maturing to age 10 helped immensely. Still some struggles, but Rome wasn't molded in a day.


Our oldest, the wee 14 year old Pancake, she's coming along too. All righteous indignation and very much knowing she's correct. Not even a question. Here's a typical conversation.


Me: I don't even want to discuss things with you anymore, you don't listen, you just wait to jump in to...to school  me ...
Pancake: That's because you're wrong.


I think Mr. Hall and I are really into our kids. We love them and know them. It's a bit weird now. They are shaping who they are, based on their likes and wants. Which again, weird. Little kids are easy, it's all about nap times and snacks. Older kids like to discuss communism and the concept of infinity. All the while rolling their eyes at your aged wisdom when they struggle. Because parents are wrong. Like Jon Snow, we know nothing.


These are good problems to have. Watching our older kids outpace our intellect. Watching them grow and being tall people. Give us lip because we're morons.


We love though. They love too. We all still love each other and share a common, snuggly bond. We genuinely enjoy each other's company. I could not be more blessed.


So yeah, it's time to add more kids.

At that point, I was missing a spoon

Just a head's up. This is a long and somewhat sad post. But man up. It's a good read and gets better at the end. Plus it took me a long time to write and I spent a lot of time on it. It does no good just sitting here unread.
.
(here's my littlest son, the one that came after my miscarriages) 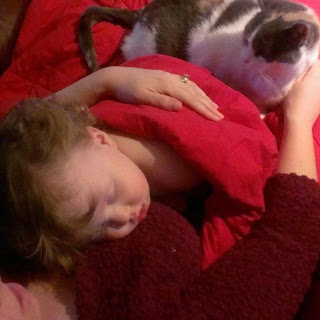 Went to a continuing education conference. There was an ob-gyn speaker who had much experience with high risk pregnancies and treating women with infertility. My goal was to go and learn how he handled the women, so I can better help with the helping that I do do. It was near lunch time.

It went wrong.  He talked a lot about miscarriage and the trauma of losing babies for these women he helps. I was not expecting this,  but what did I expect? His session was part of a whole truama informed care conference. He deals with ob gyn trauma, which is often about baby loss of all kinds. He recited women's narratives throughout his teaching. Stories and stories of loss.

Like eighty percent of women everywhere on this planet,  I've had miscarriages, two of them. This was four years ago. Imagine my  surprise as I began to lose my shit while listening to these stories. I thought I was healed. Healed enough anyway.  I chomped aggressively on the inside of my lower lip. This held the tide for a while.

Then came the story of a woman who had lost a baby she held her arms. Family comforted her. They said, "You can have another baby, it'll be ok." And the woman said, "I don't want another baby, I want the one I lost".

I began heaving and sobbing uncontrollably. Biting the lip no longer held it in. All of this at my professional conference. With my nice suit and fancy new laptop. All grown up nurse practitioner. I shot up then rushed to a bathroom stall. After letting the flushes and sink water gushes die down, I was alone. Grabbing the toilet paper for stability, I let some of the sobs out. It echoed loudly. This could not be helped.

I kept thinking I have to go back and get my laptop. Once I could walk again, I did just that. My new work colleagues were at the table of this plus hotel conference room. All linen table cloth and glass ice water pitchers. I had only started this job a month ago. They didn't know what had happen to me. They weren't part of it four years ago. I hoped they thought I was having a migraine or something.

Moving my body forward, my eyes were stuck to the floor.  This felt good. I noticed most of my stuff  was on the chair, under the table. That was a blessing as I half hid under the table, reaching up to grab my things. I liked the hiding. It was helpful.

Now that my goods were gathered,  I hightailed it to my car. Managing all five floors of the concrete parking garage on choppy legs. I flung myself into the car and started animal howling. Rocking and going out of my mind. There was a slight awareness of social protocol, of how I appeared,  but I did  not care. I let it all come because there was no choice.

It was a bitey cold and gray rainy day. I've never been so thankful for car heaters and heated leather seats. And soft music from the radio. These were gluing me back together as I wailed along.

Somewhere in my mind,  I became aware of time and the need to go back to the conference. I knew that to get reimbursement, I'd have to return and actually attend it. Part of me didn't care. Screw the 200 dollars. I'd just be honest why I couldn't go back. I've had two miscarriages and this lecture was too much too bear. My arms and hands fond the itinerary folder to check. There was a full hour and half to decide what next.

I decided on lunch. It was good fortune that I was in the city where Mr. Hall and I had lived together while dating. We were so young and all about each other. It was just us and I was in nursing school. It was perfect. It still is. The boho coffee house where slipped out one day and bought the ring--that was right down the street.

I ordered the chicken tortilla soup, turkey and bacon on rye and a cafe au lait. It came with a bag of chips. The food was divine. I nom nommed and read the small town paper. The journalism was quaint and comforting. More nom nomms and my shoulders went down. The bacon was perfectly cooked which is no small feat. Perfectly flat, dry but not crumbly and just enough bite with the salty goodness. At that point, I was missing a spoon. I was too heavy to move. I didn't want to talk to anyone. At all.  I opened the chips and scooped my soup accordingly. They held the chicken tortilla deliciousness quite well. Very tasty lunch indeed. Better now.

I called Mr. Hall while ensconced in my heated leather seats and heater full blast. I told him what had happened. I told him that I won't ever be done with missing my babies we lost. He won't either. I know I'll hold them in Heaven and will call out their names, Jon and Chloe. They are safe and in an amazing place that I can't even fathom. And we comforted and loved through the mobile lines. I started to breathe and felt very much better.
0 Left a message at the beep