Giving Thanks this Thanksgiving week 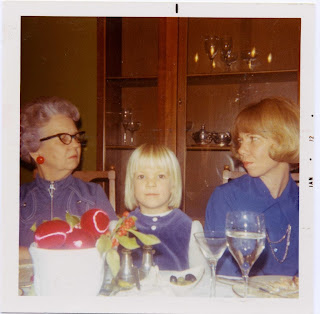 Thanksgiving is coming. I've much to be thankful for.

Does anyone read this blog anymore? I realize it's been a few months since I've posted. I realize blogger reader isn't there anymore. So if you are reading this-- raise your hand in the comments and say "here".

For those that are new, this blog is about me, Mrs. Hall. I am a lot of things but first, I am a child of God. I'm a wife, mother, foster mother, nurse and enjoying telling my stories. I hope to be uplifting and funny.

Here's a story that sums up what is going on as of late.

I've been doing a lot of cross fit lately. It's a new passion of mine. Go ahead and google crossfit and be flooded with all sorts of badassery images. I'm starting to look like them, in those photos.

Crossfit involves doing crazy workouts of the day or WODs. They look like this: 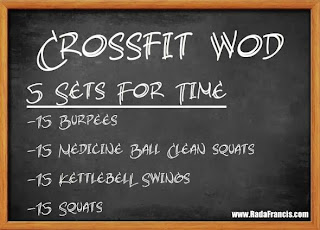 Crossfit is changing my life. I didn't go looking for crossfit, it found me.

It started at my usual weight watchers meeting a few months ago. Some dude walked in and started talking about his crossfit gym. I wasn't entirely awake yet, but he said words like burpees, pull ups and box jumps. Words I had only read before and never heard outloud. I got his card and went.

I don't believe in random happenings. I believe in God's plan. I believe God nudged me towards this and placed dude at my weight watchers meeting.

My first work out (or WOD) went like this:  ten burpees, ten squats, then nine burpees/nine squats on down to one of each. I was feeling pretty spry and excited.

At the seven burpee/squat mark, I started to believe I would be dead soon. I had worked hard enough and I was done. So,  I looked at dude and said, "Can I stop at five?"

It was at this point I knew I had to get through this and NOT CRY. I din't want to girl up about it. I needed to represent what I was at that point. Strong enough not to panic.

But that workout was a few months ago.

Last week I did 12 burpees. I did them after 50 situps, 75 squats and 100 push ups. I would have done more but I only had ten minutes. It's amazing what this body can do. God has given more power than I can imagine!

These visions have become my reality.

And this, in nine months, is what I'll be spending my winnings on . .