We have a genius on our hands...it's my son, Mac 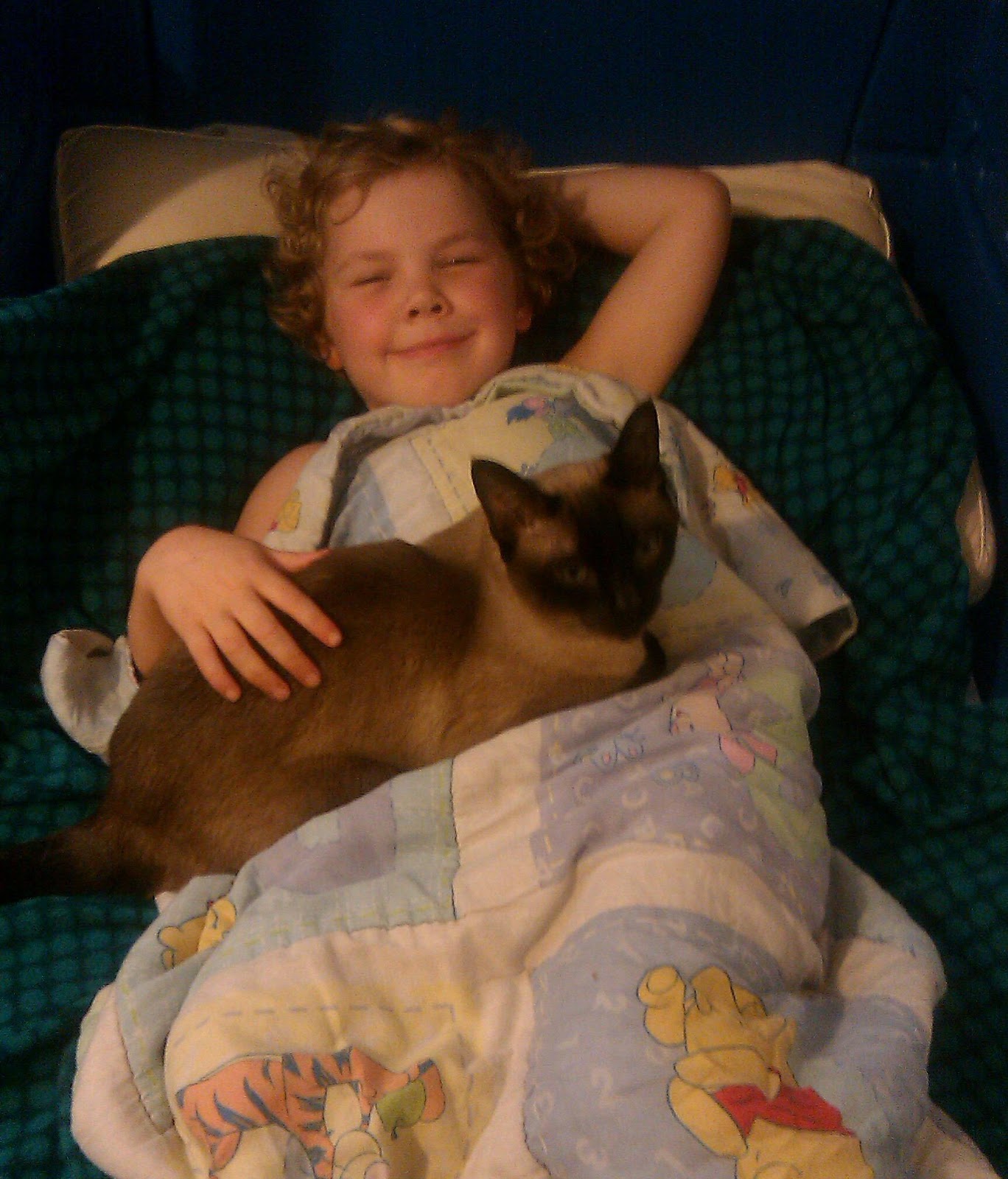 These are times where you sit in front of the teacher and they have 15 min. to rattle off how your child is doing. It's not a conversation, it's a mini speech. I learned my oldest daughter, Pancake, now 12-- is being recommended for advanced math. As I looked over the 'AP' classes of algebra, trig, and calculus...I was flooded with wonderful memories. I loved math. I am a nerd and still am. MATH RULES!

I can't wait for my daughter to excell in everything she does. I can't wait to read over her math homework and wax nostalgic. My head will explode with rapturous joy when she starts reading Shakespeare!

My foster daughter is getting better with reading. And behaviors. Yay!

Then there is Mac, now age 8. I left his conference in tears. Not happy tears but sad ones. WHICH IS WHY I SHOULDN'T GO TO THESE THINGS.

Mac is smart. Like Mensa smart. I know, we've had him tested. We tested him because he struggles with behaviors. Sitting still, paying attention, keeping his emotions from flying all over the place...all of these things are not his strong suit. It was of no surprise he has attention deficit disorder. His mommy has it. His daddy has it too.

We knew he was smart, but genius level was a bit of a shock. It makes sense though. Yesterday, in the car, my eight year old was asking about cloned sheep. And radiation. And what ibuprofen means.

At the conference, his lovely blond teacher was telling me how Mac doesn't participate. He sits at his desk and reads. Reading at super high level, much higher than his peers. He doesn't want to sit on the carpet with the rest of the kids. "He wants to be alone", the teacher said. So, they let him read and do the 1/2 hour assignments in 2 min flat. They let him not participate because he's not disrupting the class.

That's an improvement. He used to be a huge disruption. Pounding, kicking, angry. Letters and calls from school. Now it seems instead of going outward, he's going inward. That's my trigger to start crying. I'm INWARD AND IT SUCKS. I'm an introvert who struggles with making small talk. Who struggles with fitting in, social gatherings and acting nonchalant. I'm 39 for land's sake. I've gotten very good at faking it but it's still a struggle. I want to tell Pancake and Mac to fight their inward leanings. You can be smart and outward.

Here's the thing, as the kids get older, the less they need to listen to me. Like Pancake. She's entering adolescence which is, by definition, the most awkward and struggle filled time of anyone's life. Meanwhile her life is unfolding before her. She needs to start figuring this out. It is up to her to pass the AP math classes. She'll figure it out if she wants to. I'll be there but I'm not going to hover or push.

Mac is eight. He's outgrowing time outs and becoming more scattered with things. Regulating his behavior is different. Less difficult and harder at the same time. He has long moments of emotional calm and his charming genius fills the room. I pray and imagine this will be him as he grows into a man.

The bright spot in all of this is that he's been recommended for a special school for gifted kids. It's a school where kids learn twice as fast and learn twice as much. They cater to the kind of learner Mac is. I hope upon hope this is where he'll flourish.

But, I always remember I was a genius who almost flunked out of high school. They didn't test me until 9th grade. And I have a master's degree.