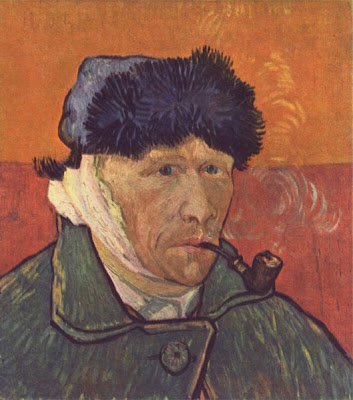 Can Xeroxed body parts really be considered art, why or why not and what are the ramifications? Would van Gogh have used a xerox? Would Picasso have enjoyed a scanner?

one: Yes, xeroed body parts can be art. But. It would have to be done in such a way that the body part is undeniably the artist and the image itself- undeniably a xerox copy. Thus blending both man (or woman) and machine. In this way, the muse would be satisfied and heard. Tall order for such a project. But, I have faith it could be done.

Ramifications? None. Mechanically reproducing images is done all the time through the art of photography. The Xerox machine is like a camera. Only slightly more challenging to use.

two: Van Gogh would not use a Xerox. The man was poor as dirt. He could not afford a Xerox machine. Plus, being poor, he was transient. On the move a lot. Xerox machines do not fit in suitcases.

Also, his muse didn't speak Xerox. Ya see, all those letters from Van Gogh, the 6000000000000 letters he wrote to his brother Theo, of which I am reading through, explain his muse. I am know now his muse very well.

I believe the prolific letters are a result of a condition called hyper graphia. He wrote non stop, sparing no detail. He wrote without structure. However, despite the relentless nature, his muse speaks dominantly.

She calls attention to all the details around Van Gogh. The color of flowers, the tinder of church bells, the warmth of the sun, the delicate interaction between others. He was enamored with it all. Kind of like Frankenstein peeking into the cabin. Talking to the little girl. Being exposed to everything as if the first time. 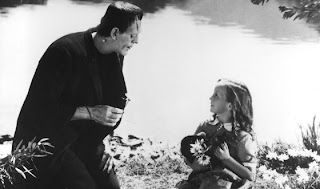 Also, the craft of painting. This drove him. He compared himself to his fellow painters. The process of painting, physically laying paint on to canvas. This fueled his muse.


three: No, Picasso would not have enjoyed a scanner for art. For other purposes maybe. He had a certain machismo type aura. He was a ladies man. His muse lived in his um, nether regions I believe. Unlike Van Gogh muse which shone light on the earth around him, Picasso's muse oggled women. A lot of women.

Again, Picasso's muse was a bit of ladies man.

This painting below is of one of his lovers. And again, his muse was given voice through paint, brushes and canvas. 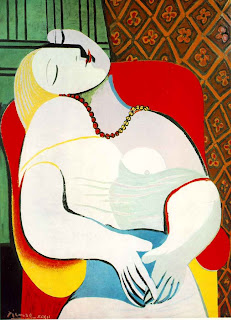 In short, for Van Gogh and Picasso, a Xerox lacks the visceral appeal of standing in front a canvas, brushes and paints at the ready.

Working the painting like a red headed stepchild so that their muse will be satisfied.

Are you a fan of Pink Floyd yet?

Ask any question you like and get an answer from me, an expert on most everything.

xerox/scan a body part and email it to butcher.hollow@gmail.com and let me judge it to be art/not art :)

Labels: never dry your brushes bristle side down, there are no stupid questions just stupid people who don't ask

All parts of my body would be amazingly devilishy attractive. Unfortunately my scanner is not working.

By the way when I was at art college we were shown a technique called "swishing" that was used by graphics/illustrator people. It involves photocopying something but moving the image in the middle of the copy process to give all sorts of distortions; blurring, stretching etc. It was essentially uncontrollable and unpredictable, that was where the "art" came into it. Personally I don't think Van Gogh would have liked that technology but Picasso would. My opinion only.

Thanks for the birthday wishes. I went out tonight so I will read your post later. I had no idea so many people knew it was my birthday.

Seems they all wanted to take me out tonight. Some told me that I was so intellectual and deep I would not want to go out with them.

James: Um, you conquer the fat bastard, then we'll see if you live up to that first claim!

But, I am not sure about Picasso. He was from Spain. Old school. And his first word was 'lapiz' or crayon/pencil in spanish. I think to him, the meterials were an extension of his muse. I don't see how a scanner would be of much use to him.

AND WHEN WAS THE LAST TIME YOU DREW HUH?

"Some told me that I was so intellectual and deep I would not want to go out with them."

Did this happen in real life?

If so, there are number of responses to keep the conversation going. You can say

3. You don't give yourself enough credit, you're very smart.

or be totally cheesy and really, to say this, you must have a relaxed demeanor and balls of steel not to seem like a big creep.....

Women put up all sorts of hurdles for men to jump over before we let any boobie touching commence. A lot of hurdles are VERBAL.

good luck Mr. Blue, I'm here for a resource if needs be.

because I would hate to think for you to spend the next 40 years without a girl. :)