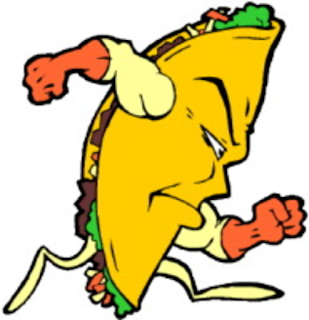 Brought Mac to the doctor last week. His counselor suggested trailing a longer acting ADHD med so off to the doctors we went. His pediatrician is a chatty one. All head tilt concern and gentle laughter. Super encouraging and thoughtful with an ironman watch.  Mr. Hall loves him. He loves the banter. The doctor annoys the crap out me.

It's not him. It's just in the way, all this jibber jabber.  I don't need conversation. I don't need nice. I just want in and out. Especially since my 9 year old ADHD is bouncing off the walls and whenever he gets asked a question, he says, "Taco."

Then he lays on the floor and starts kicking the exam table legs and I start to lose my mind.

I realize the good doctor is trying to coach him and help me, but he's doing neither. I just need him to write out the script. That's all. In fact, this could have done this over the effing phone. It seems the good doctor is a HUGE fan of the med suggested. I guess he just wanted to chat with me. And THAT'S why Mr. Hall brings the kids to the doctor.

I prescribe them btw. Mental health meds. For adults. I know lots of stuff about them but when it comes to Mac, I leave it up to the professionals. I'm his mom, not his treatment team.

It sure feels like it though. Especially with stuff at his gifted school. I love his school. They're really pro-Mac. They love saying, "Because he's gifted...",  and they're super supportive. But this school is hard work. This is new to him and he struggles. And when he struggles, he goes all taco. So,  I listen to what the teachers need from him and I figure out a way to get it out of him.  I refuse to let him languish because well...he is gifted.

I've come to realize Mac lives in his own little world. He likes it there. He still likes people though. He interacts at boys scouts and basketball pretty well.  His heart is so huge it's probably bigger than Texas. But around strangers he freezes up and gets all Taco. His gifts and his heart get locked away. I'm ok with that. Maybe that's why the doctor bugged me so much.

Don't try and change the TACO.

The taco will is just fine and all this will morph into one gigantic, awesome young man. The young man will morph into a loving husband and stellar dad. I know this. I know God has plans for him that will surpass anything I can imagine. But for now. Taco.

So let me share rainbows of hope and goodness.

We went to hockey game this weekend. We really went for the wiener dog races. He sat the most of the time and did really well. No kicking the chair in front of him. No getting up and down or begging for food. No taco. He smiled and laughed and fought with his sister all normal like. Then, on Sunday, he popped out of bed wanting to go to church. We are trying a new, smaller church. He had a blast. Loved it! Renewed him with all sorts of energy.

It's going to be ok people.