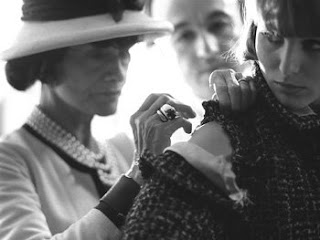 Fashion, if done right, is an art form. The artist uses cloth and thread as their medium. An artist's wares become the sound of their voice or the color of their hair, an extension of their inner world. Their art is like a set of self made finger prints. Innate yet unique. Belonging to only one.

Let's examine the finger prints of one Mademoiselle Chanel. First, there is the classic quilted purses.

Before the classic quilted purse, there was the original Chanel suit- seen here on the former First Lady, Jackie Kennedy. Take note of the pill box hat. My mother wore a white pill box hat, complete with floor length veil- on her wedding day. 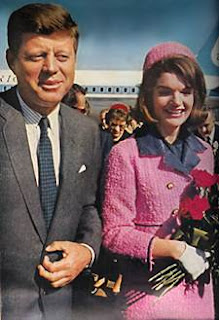 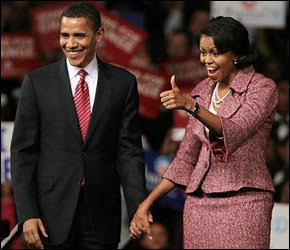 Now, let's take a peek behind the designs. Examine the inner wold of a woman born August 19, 1883. She was born in a poor house to workers who did not read or write. The record keeping was primitive to say the least. Adds to the mystery.

She was orphaned at some point, her mother died of tuberculosis. Her father went to work to help raise his seven children. Her formative years were in an Abbey, learning to become a seamstress. Let's take a look shall we. 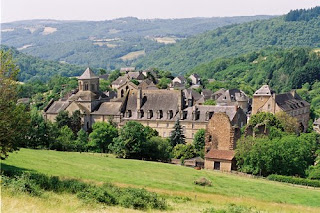 Interesting reading through her back story. Imagining a life of abject poverty in a cold Abbey in France. It was at the Abbey she learned how to work with cloth and thread. Taking patterns and then making clothes. Clothes are something that touches our bodies every day. 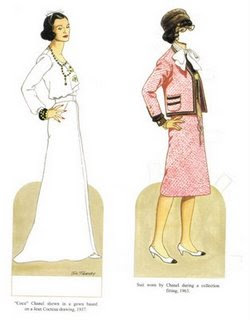 She left at age 18. That is when her real life began.

Her first life was hidden from view when biographers began to examine things. The primitive record keeping helped her. She purposefully hid her background, making up her story of being raised by spinsters and coming from American Wealth. She lied about where she came from. Lied because she came from poverty. Which was seen as a moral failing. A ugly scar to be covered up. 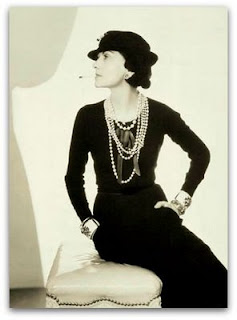 Note the pearls. Mademoiselle Chanel believed that women should always have white to frame their face. And white cuffs to adorn their wrists. Always.

It's all there though, the utilitarian upbringing, the straight sculpture of thought. The lines in her designs can be dizzying if you stare too long. It is her voice though, matter of fact and sure footed. That is her up there. Born 1883.

This woman built an empire beyond her wildest dreams. It is all very fascinating. Even more fascinating now that this woman is playing her on the screen. 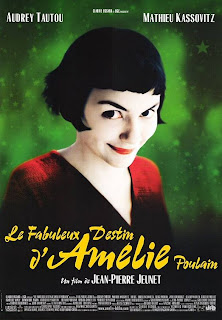 Oooh how I love French women and French films. Again, in my list of top ten films-there is only three. So far anyway. I am movie snob. So this movie, Amelie, this has all the elements that make my heart go pitter patter. 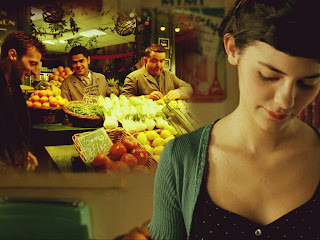 It was playing in the background as I was laboring with my son. I could go on and on here . . . but, it can wait for another post. Something to discover later. :) 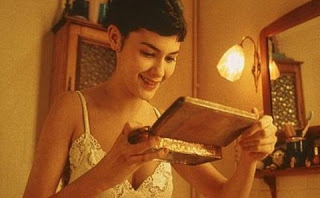 I have never been to France. But I imagine it is just bursting with everything I hold dear. A veritable explosion of artist life. And the beauty of it, well, it may very well destroy me when I go.

But for now, I will watch this film. Complete with half naked french women. Take a look :)

And now I'm off to dream lots of dreams, growing my own inner world. And splashing on my favorite perfume. 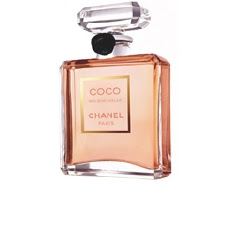 Which is FAR FAR better than the Number Five by the way.

I wear the same fragrance. And, I agree with you. This is a strong woman. Not surprising you would find her so appealing and wonderful.

She reminds me of you...

Holly: You may be projecting a lot on this blogger. just sayin'

tell me one thing i said about Chanel. ONE THING!!!

I love French movies myself. Chanel was a very interesting person.

Holly I confess to not reading the post. It was all about clothes and stuff by the look of it with NO half naked French women in it at all. I mean give a guy something to work with here....