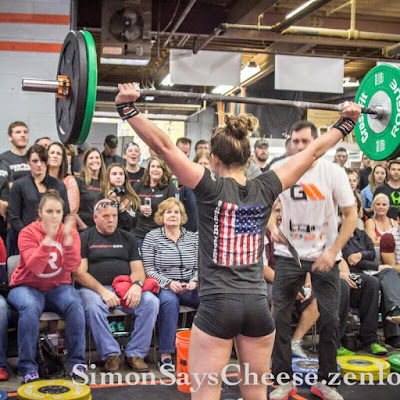 That is a snatch lift. I do that often. That's not me. But I did do that cross fit competition. So, close enough.

This is what I said when I called the social worker.

A Social worker but not xxxx social worker: "OH YOU GUYS ARE THE BEST. WILL CALL YOU WHEN WE HAVE A RIGHT MATCH."

Then 10 more min of sort of weird, awkward small talk and her being super friendly and complements and support.  It went well.

I was going to send an email. I even had it written up.

Thanks for meeting up with me yesterday.* I did want to update you on our discussions about helping more kids. Right now, Michael and I are discussing what we want to do. As I said yesterday, my heart is for adoption from the foster care system. Michael has been open to this idea but with the caveat of wanting not to 'just adopt' but adopting the right child for our family. And be the right family for that child!

We've been processing a lot of things that have happened in the last two years, especially with H.
We loved H, however, as we think about things we are pretty sure she had Reactive Attachment Disorder. She was never formally evaluated or diagnosed, but she had a lot of the classic symptoms of not being able to attach. She had a lot of behaviors that were high maintenance. I don't want to seem like we are complaining at all, but it really took a lot out of us and we are trying to heal/process  and be mindful of this as we go forward.

Even though I wanted to adopt her, Michael was right that she wasn't the right child for our family. It wasn't up to us anyway though. I'm very sure she was placed in the right place, with family that loved her. I think I just want to adopt so bad I was sort of blinded to the truth. Luckily, I have a stabilizing husband who can help see all the sides and I trust him when he tells me to simmer down!

We also think about J and our experience with him. He was very challenging at first. His behaviors were also hard but he did attach to us and in about a year he melted right in. In fact, he was our least labor intensive child! J has family but he is a kid that would be a right fit for us and us for him!

So I'm not sure where that leaves us. We still want to be a foster family. Our kids are on board again. I asked my daughter how she felt about having another foster kid again and in typical teen fashion she said, "It'd be cool."

*I met with her to drop off over 100 sz six diapers because our toddler son potty trained in 2 weeks flat. PRAISE JESUS!! but, we order diapers in bulk so we had a bunch of sz 6 diapers. Most toddlers run about size 4. You can't donate sz 6 diapers to goodwill. So, off to the county they went.


*now watch us get a size 6 diapered toddler and I retrieve those 100 sz 6 diapers.

My son the genius 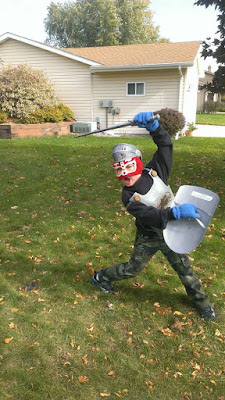 If there was a picture to explain my son, it's that one right there.

He's been on behavior plans since 4k. Recently we had him tested for ADHD which came up flaming positive. Not.a.shock.  But, it also came up positive for him being a genius. Like Mensa material. This was a shock. We knew he was smart but genius? Really?

It's going to be really tough what I have to write next and if my son is reading this, PLEASE UNDERSTAND... I'm writing this when you are nine years old. And this last six months has rocked our world with you.

He's started a new genius school which is teaching him French and Chess and Fancy Smart things I learned in high school. Again, he's NINE. He's making jokes about binary code. He discusses cloning sheep. We had a discussion about communism the other day. This school is unlocking higher levels of understanding for him and it's blowing me away. It's also highlighting his social difficulties.

My son is passionate, tender hearted and reactive. He is spirited but very introverted. He got kicked off the bus because he wouldn't listen to the driver.

He is strong willed. He doesn't like doing what he isn't wanting to be doing. He's kinda loud and dramatic. SHUT UP I KNOW THESE ARE DESCRIPTORS OF ME.

What to do though? How do we  handle this kid that is not doing well in the 'cooperating with others' and 'having a hard time making friends' and 'doesn't realize other kids are making fun of him' category. And that he fights us tooth and nail about most everything and we.are.tired.

Did I mention we're opening our house up to other foster kids next month? Because ya know, we are ready...

It seems that the crazy smart part of our son does not translate into social skills. In fact, it makes them worse. At his gifted school they have social skills training built into the curriculum. Because being a genius often comes with social issues.

I'm starting to fundamentally think differently about him. I'm setting aside our want for him to display respect and tow the line. I'm listening and responding to his emotional needs first. We can let him be angry, sad, balled up and shut down. Pushing against this is not helpful.

Our kid is spirited. Like the book says, he is "MORE" than others so he'll need "MORE" parenting.

But make no mistake. This is kid is huge with heart and crazy smarts. The Lord has plans for him that I can't even imagine. I'm so excited for him and so proud.

Even if I do pray for his future wife.... she'll need to have a light heart and ninja organizational skills!!

Plan for the upcoming year... my 40th 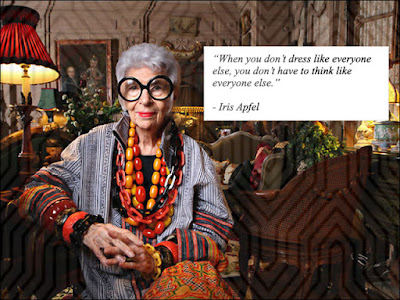 Right now, on Netflix, there is a wonderful documentary on Iris Apfel. She is phenomenal. Wholly dedicated to the aesthetics of life. She also has a good handle on what makes a woman worth the time as beauty fades because she never had physical beauty in the first place. She's 90 and becoming quite the inspiration for me.


Having lost 60 lbs and developed a keen sense of my own strength, I am becoming quite beautiful on the outside. However, I am to be forty in less than a month. What I have will not last and requires a buttress. I get my roots done on the reg and will until I haven't any hair left. After that, I'll just buy a wig. 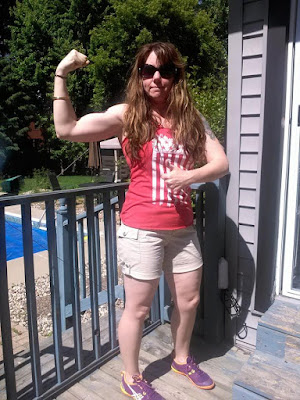 My life, so far, has been devoted to the service of others. I'm very fortunate to be a wife, mom, foster mom and nurse. It's a good use of my energies. I've also become kindly and less temperamental as of late. I'm becoming a better wife and mom every day. I've ask God to search my heart and He's done quite a lot of healing. Having a dog helps crazy amounts too. 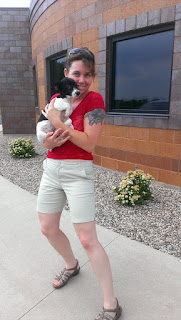 So here's the plan.


I'm handing this year over to GOD. He has great plans for me and our Tribe Called Hall. I'm very sure it'll be tough and super crazy. But I trust Him above all things.

Labels: absolutely fabulous, adopting from the foster care system, crossfit, crossfit mom, God, god help me, how I am a foster mom, touching god in dark places, what being a foster parent is like

Goruck light and other things I did done

Things I planned to do once the foster kids transitioned back to family and was down to just 3 bio kids and weren't ready for more foster kids: 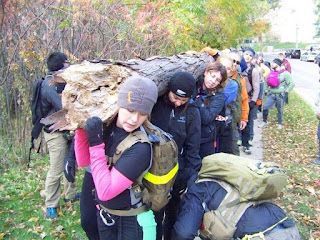 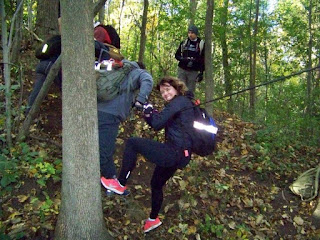 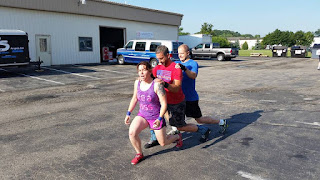 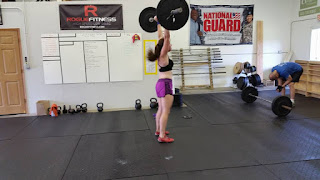 2. big back tattoo
3. crossfit competition
4. cleaning out and organizing main rooms
5. Potty train my 3 year old
6. create a habit of massaging my husband
7. do the 'cook once a week and eat for a month' type meal plan

Labels: 100 things about me list, crossfit, crossfit mom, how I am a foster mom, what being a foster parent is like
Newer Posts Older Posts Home
Subscribe to: Posts (Atom)