messing with my fertility 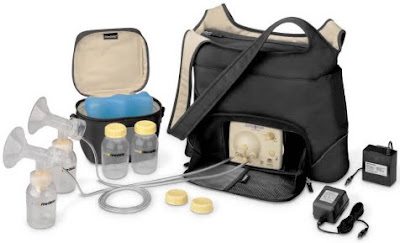 Warning: this post is a bit graphic, but power through and it'll be worth it.

So, last week came the time for me to FINALLY schedule the appt. The appt to stop my fertility-aka-have a mirena iud placed.

In the last two days, I've been kind of a mess. First off, I don't like going back to that place-the hospital where I learned of my miscarriages and where my d & c's were performed. I don't like dealing with my high powered OB GYN, I don't like her. It's not her specifically, it's that she never once gave me a hug during what was probably the most horrible times in my life. Not that I want a hug, in fact, I don't want anything to do with it at all. All of it, the hospital and the ob-gyn, it triggers large buckets of sadness and my heart to ache.

This doesn't change the fact that Mr. Hall and I are still fertile. But, we don't want to make any decisions right now-about having babies I mean. I gently suggested we just throw caution to the wind, not actively prevent any pregnancy. And he said no, that would be making a decision. We need to heal, he said.

En route to the appt I was losing my shit. I was honestly second guessing everything. I was thinking-maybe just go on the pill for a few months-or-the depo shot, that's an option. Then I started to get really pissed off. Then I almost turned around. I don't want any of this. I still want to be pregnant. I was due December 18th! I still should be pregnant!

This was horrible, thinking and feeling all of this. Especially the last part, where I realize I still want to be pregnant but I'm not. It's a horrible snap back to how I felt two months ago. I'm two months on the other side of losing the last baby now. It's still raw and tender.

Mr. Hall is right about the need to heal some more.

In the clinic, I was crying on the inside when the nurse called my name. I made polite small talk. Told them 14 times I hadn't had sex since my menses started. They asked 14 times and had me take a pregnancy test. Which was negative.

Getting pregnant is not something I want right now. I don't want the scared, the sad, the frightened. I don't want the waiting, the positive pregnancy test, the throwing up and out of commission for two months. I don't want to go through another miscarriage. And even if I could possibly guarantee a problem free pregnancy with a bouncing healthy baby at the end. . . .

It's just not something we're capable of right now. I don't think we'll try to knock me up again.

I layed back,and in the IUD went.

Then a funny thing happened. I felt better. I remember the OB GYN telling me it went well, no problems down there. She told me to make an appt in a month so she can check things.

To which I thought:

Then, in the elevator, heading back to my car, I started giggling. I felt this rush of happiness come over me. I started dancing a wee jig. In the elevator. I felt free.

I'm so very thankful for what has been given to me, fertility wise. I'm so blessed to have all that I have. 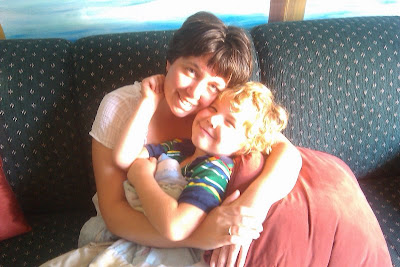 And now, we'll give it a few more months and then pursue the other avenues of growing our family. :)

3 Left a message at the beep:

Sounds to me like you made the right decision at the very right moment. I'm so happy for you!

Sometimes, sometimes, you are just one strange chick.