Machismo as viewed by a nurse 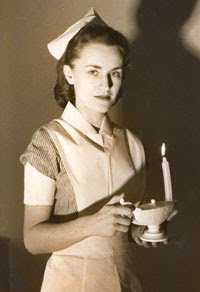 This is long post and I do apologize. But, I am privileged to witness many things at my job. This was, by far, one of the most amazing.

Cesar* was one of my first patients as a Psychiatric Nurse Practitioner. Born and raised in southern Texas, he was deeply steeped in his Hispanic culture. Recently, he had been enjoying the retired life. This was interrupted by an inpatient psychiatric stay after he experienced a manic episode.

Manic episodes, or mania, is exactly what it sounds like. It is a burst of uncontrollable energy within a patient. They stop sleeping, often for months. It is described as the highest high. Unfortunately, this kind of energy often derails a person from reality.

Cesar had such an episode. He had not sleep for over a month and felt just grand. Unfortunately, he had also bought seven cars and was burning through his savings. He also believed he could fly towards the end. But, before everything was lost, he was hospitalized.

The goal of an inpatient stay is to stop the manic episode. Again, mania is an uncontrollable burst of energy within a patient. Stopping this takes powerful medications. Heavy sedation medications. Once they are able to sleep and be reasonably calm, they are discharged. Then they need follow up care. I am the follow up care.

When he saw me, he was with his wife of thirty years. Her name is Esperanza. English was clearly their second language. He was still hypomanic, or less than full blown manic. He could barely sit still, be very obtuse and talk over both Esperanza and me. This presented a problem with our communication. But, using my mad nurse skills, I learned his language and his code words for what was wrong. I learned to calm him in the office so I could hear him.

He didn't like all the sleeper pills, he said. I sleep 20 hours a day, he said. Which makes sense as he was still on the heavy dosages from the hospital. So, with much care, I reduced his medications with the goal of stabilizing versus tranquilizing.

The effect was good. He slept through the night and not during the day. He continued to calm down, not jumping from topic to topic when we spoke. He started listening more. Once a month, month after month, I would see him with his wife. She felt things were going much better. Six months later he was very stable. He was volunteering and watching his granddaughter a few days a week. Everyone was pleased.

Then came the time for me to talk about the big, fat elephant in the room.

All along and even after he was stabilized, he was very harsh towards his wife. Cesar would cut her off, call her a nagging witch or worse. This was an ugly marriage in front of me.

She said she's been angry with Cesar for quite some time. Why should I love you when you treat me like this?, she said. I broke it open further, encouraging her voice. Basically, she said Cesar was mean and verbally abusive. Which was true, yet news to Cesar.

Cesar took the news well. He did not talk over her or shut her down. He said, Esperanza, you've never said this before. It confused him. He asked me what he should do.

I approached this very carefully. I normalized what we were talking about. I said we all learn how to talk to our spouses certain ways. They way he talks to Esperanza, this hurts her. But, he can change the way he is with her. This can change if wants to learn how. I offered to set them up with a counselor to help him learn better ways. He snapped to attention in the most delicate way. Then he said this-

I didn't trust you when I first came here, he said. He didn't trust me because I was a woman. He didn’t understand how I was to help him after he got out of the hospital. You are a woman, he said. It didn't make sense to him. Because I am a woman and women don't help men this way. This is what he said, out loud, to me, in the office. And I could see it was hard for him. He was stuttering.

Then, he said, I trust you now, you helped me with my pills. So now, Cesar said, tell me what to do about Esperanza. He got quiet and looked painful.

I was absolutely floored. Shocked. Because there is a list of things that patients question about me. Patients question my credentials, my age, my lack of experience, or the fact that I'm not a doctor. It never, ever occurred to me that 'woman' was on that list.

Yet there it was. And so was Cesar. Except I had somehow crossed over to his side. The side where women are not separate human beings with their own ideas. But I am exactly that. And I had the power to make things happen in his life, like adjusting his pills, signing the slip so he could volunteer. It must have been quite a shock for Cesar to experience this. And here I was, observing it all.

Then Cesar said, please, please, give me a month. Let me be nicer to Esperanza before you send me to a counselor. I want to try on my own.

So, we all agreed to revisit the issue next month. During our monthly visit.

I am privileged to witness many things at my job. This was, by far, one of the most amazing. I am so thankful I am a nurse.

*Names and details have been changed of course.

19 Left a message at the beep:

If I ever go crazy, mad manic I want you to be my nurse! :D

Very inspiring story - thank you so much for sharing! How wonderful that you were able to offer healing for your patient in so many areas of his life.

Dex: it was really weird, the undercurrent of his thoughts. I mean, I had no idea what was really going on. crazy sauce!

wow that really was a great story.. all the more so because it was true..

Slyde! man o man this one was hard to write. I worked with the guy for a year or so. all compressed into this one post, whew!

Wow, a Psych NP, now there's a tough career! This is an amazing story to me, both as an RN and a woman. Thank goodness for professionals like you, to be able to reach someone this way.
Thanks for sharing!

If you click on the tag 'as viewed by a nurse' or if you crack open the home page and scroll down to my "Mrs. Hall Hall of Fame" you will find a "Nurse Wing" which has all sorts of nurse stories!

Feel free to write your own too!

I wish you could work some of your wicked mad nursing skills on my co-workers.....

well, the key is to embrace the person's psychology and adjust your reactions accordingly.

also, if they are court ordered to have f/u mental health treatment, this helps my mad nursing skills work much more effectively ;)

Kudos and Way to Go, Mrs. Hall-a-ro, seem vastly underrated here... That was a beautiful dance, between the healer and the broken (though not irreparably, of course) and I bet that in a month, you will be impressed by the wooing capabilities of Cesar. You gave him the tools he needed.

There are so many factors to what you do, Mrs... a patient's history, their family, their culture, all this plays a part in how you must help them. I cannot imagine how you do it. I'm just glad you do, for them.

Cam: You give me too much credit! I am really just a guide, pointing them in the right direction. ;)

I saw a "doctor" once. When I walked into the room after him and set down - all I could do was cry and I told him very specifically " wave your wand & fix it"...he couldn't. So in short, you're the shit.


Well, thanks for coming Kimberly. Hope you got the help you needed and are no longer crying. ;)

This story tells wonders about your sense of empathy and patience. Good for you,, great story.

Meghan: Thank you ;) And welcome! I hope you have enjoyed your stay at La Blog de Senora Hall. Please come again :)

You nurse good.
You write good too.

Thanks Candy :) Sometimes I work really hard on the blog, making it all writery and such. ;)