Cracking the case about the Ted Kennedy dream and I'm not paying you guys to sit around! 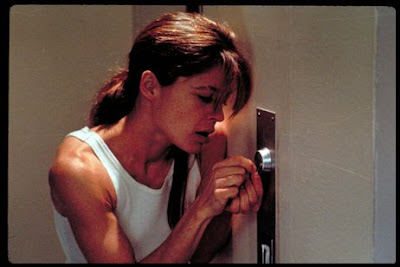 I had a dream about Ted Kennedy last night. I was his caretaker, well after he had been diagnosed with the brain tumor. It was towards the end of his life. He took a shine to me and asked for my hand in marriage. I said yes, even offered to sign a pre-nup. I ask you, WHAT THE HELL???

Ted Kennedy? Really?? I am flummoxed here. I mean, why him and why now? I mean, his (and my) passion were (are) centered around helping people. But that's were the similarities end. huh. well . . .

IN OTHER MRS. HALL NEWS:


"Ovulation isn't an entirely hidden process. As your body senses the hormone shifts that indicate an egg is about to be released from the ovary, it begins to ready itself for the incoming hordes of sperm and give the egg its best chance of getting fertilized."

This is what I spend my free time reading. Because last month was not the month. But maybe this month could be the month I am knocked up for the 3rd time ;)

As long as the incoming hordes of sperm are doing their job anyway. Or as Mr. Hall says,

"I'm not paying you guys to sit around. Get to work!!"

OK everyone!! See ya next Tuesday. Have a rocking weekend!! :)

sounds like you and Mr Hall will be having a rocking weekend too. :)

All I can say about Missy Elliot, is that she looked like a washed up crack whore on last seasons dancing with the stars.....she was 'aweful'.

Hmmm, Ted Kennedy, sounds like a father complex issue regarding being taken care of, either that or you subconciously want to turn Roman Catholic.

Down to the last disk on Season II of Mad Men, where Betty finally cuts the little Glenn boy loose.....that was one creepy scene.

He is an older professional man that because of his dedication to helping people, you respect. And, he is probably safe to you, you grew up with the Kennedys so they are like family to all Americans, in a way...

You were considering what transpired at the Christmas party lately, so maybe it is a way for your brain to get closure on it. So, in wondering what motives were lying beneath with your coworker, your subconscious pronounced it safe. Ted, especially in his weakened condition, represents the older man, the professional married to a much younger woman, with decent intentions. He wanted to marry you and make you an honest woman :)

Bruce: THAT WASN'T MISSEY ELLIOT IT WAS MACY GRAY. GAAH git it right!

and yeah, creepy depending on a trapped kid in a care for your mental health. creepy and thank goodness it doesn't happen again . .

but she is like a kid remember? but she grows the hell up very soon. which is exciting to see ;)

DING DING DING!! Cam guesses the meaning of the dream!!!

It's not the hordes it's the one fast one that counts....
Merry Christmas Mrs Hall!!

that's the truth there James!

it's the one that is willing to go the distance!! :)

Merry Christmas to you James from England!!