Yeah, I got nothing but the Pigeon 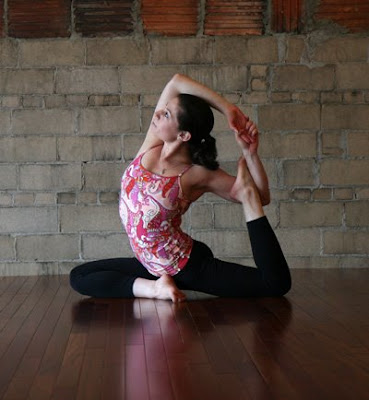 The pigeon part is the front leg, the Crescent (think moon) is the back leg I think.
Either way, I did this for the first time, during the first class.
Never tried this pose before, but I nailed it!
Yeah, I'm a bad ass yogi ! 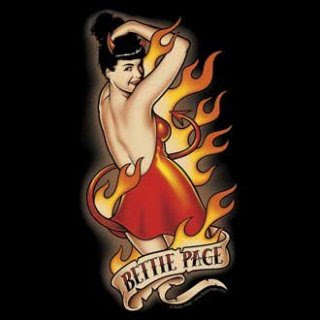 I now have every other Tuesday off. And every weekend and most holidays.

This will make up for the seven years I spent as a nurse, doing every other

weekend. Every other holiday. Night shift, day shift and pm shift rotations. And

I couldn't remember when. Was it in October? Jesus, who the hell knows?

The self neglect of a Mom can turn into a bottomless pit if you are not vigilant about keeping it not so.

An so, what should have been an hour appointment lasted almost two. She didn't dye it my normal auburn, but a deeper shade of red brown. Some might call it black. Well, most would call it black with subtle red highlights. The last people would be right. And she cut my bangs too short.

Which is fine really. I kind of look like Betty Page. Really, it is quite striking. And what can I say about the eyebrows? GAWD she did such a good job! Really looks sultry. Whew! :)

But, all of this prattling on and on means I have nothing to write about. After such a emotional post (such as yesterday) I run dry. And my life is evening out. Which is good. I am kinda tired of laying my emotions everyday. I want to write about something new.

Let's play word association. Ya'll leave one (or two) word in the comments. I will whip up a post.

Words suggested thus far:
Temperature
Elevate
Slide (well, that one was me, but still)
Dream

oh, i need to see the new betty page look!

James and Kate: Excellent choices! I will alert you when the posts are up ;)

Slyde: You didn't leave a word. Well, never mind I guess, I will do post based on your name: Slide.

Pissy: Dream it is!