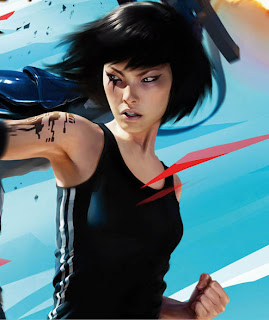 David Sedaris wrote a book called, "When you are engulfed in flames." It's hilarious, and really, anything Sedaris is a win. The last few bits of the book are about his stay in Japan. In Japan, when they talk on their cellphones, they cup their hands over the mouth piece, move to the side and speak quietly. "What's the big secret?", Sedaris mused.

Yesterday, I took the wee Pancake to a Thai resturant. A Mommy and me adventure. It was quiet and hushed. This was special for us on so many levels. Normally we dine with her little brother who cannot sit still and has little or no volume control. Which is expected, since he's three and all. We go to restaurants that match him.

We sat all lady like, enjoying the red leather chairs. I quietly pointed out the wood carvings on the wall, the linen napkins, the way the waitress bowed after taking our order. It was all sorts of neat for her. A big girl lunch. She was tickled by the chopsticks and slurped off the big soup spoons. 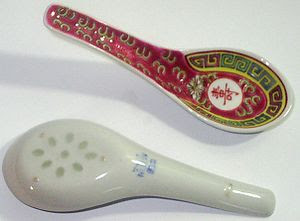 Now, this restaurant is by a liberal college. A small, expensive, private liberal arts college. Needless to say, the patronage of the restaurant falls along those demographic lines. Lots of brainy, skinny ectomorphs. Except for the chubby, balding guy in his mid thirties seated at the next table. He was sitting with a younger, plump woman who smiled easily. Guy was very smart. He was telling the hayseed blond all about this fact. He was expounding on his political and philosophical ideals. He was also poo-poohing her ideas with his smartness. I wanted to go over to the table and yell this:

Because he was dominating their conversation with his useless double speak. And the girl was entranced by his twist of tongue. Hypnotized by his break neck verbiage. She didn't see he was being selfish. It's just no good, when your date doesn't give and take during conversation. I bet he claims he's a feminist. Again:

And I looked at my daughter, with all her wide eyed interest in the place. She was starting to get all silly with rice and sweet and sour sauce. And I want to tell her all of this- about the people next to us. But she's seven. That is far beyond her at this point.

She I ask her about Cooper, a boy that follows her around at school. They like to hunt frogs together at summer camp. "He wants to be my boyfriend.", she says. I don't think she understands what that means but when you are seven, your job is to imitate adult language and roles. Practicing and learning. So I ask, "How do you know if he's quality, if he'll be a good boyfriend?"

She thinks about it. Then she says,

"He opens my ketchup packets at lunch and returns my tray when we're done." 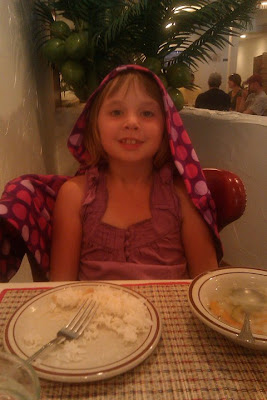 I love it when fat rednecks dine in my favorite Japanese restaurants, loudly discuss WWII, tease the waitresses, then openly complain about how "They sure don't give you much beef here, do they?". But the bunnies are nice.

Hey Grant! I almost bunnied this post up but well, this post is about my daughter so best to leave things in the non bunny range.

Hee hee .. iffn u go 2 Grant's blog-he has lots of photos of cute Asian girls- which he likes 2 call bunnies. Which I'm sure is something the kids do these days but...

I mirror your sentiments on Sedaris. I heard an extensive interview with this eccentric character and the stories were absolutely hilarious!

What an intriguing blog! I enjoyed your very frank 'Womanly Art of Metallica' post. Its kind of brave. I tend to be a trifle impersonal (fear?).

With ref to this one: I approve wholeheartedly of the idea that telephone calls should be done discreetly in public. Don't you hate it when someone's broadcasting their private conversation to the world at large? I certainly do!

I will say, though, that I don't even answer my phone when I'm in company - but then I'm a subversive telephone user and probably shouldn't be allowed one at all, because I will not let it be my master! Ooooh! The power!

Loved your daughter's definition of a good boyfriend!

Brown: Sedaris is good stuff I tell ya what :)

MM: Yeah, the blog is personal. I don't call it Mrs. Hall for nothing!

Its a good book... shared this to my filipino friends... I believe Sedaris is so successful as a writer because through this original style he has you shaking with laughter until your sides hurt over, old, fowl mouthed neighbor Helen one minute, and the next he has you so frustrated with him for not helping her with the white shoe polish, that you want to slam the book down