During the interview, I told them how I failed 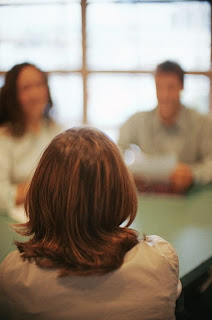 To summarize yesterday's post- A year ago I went on an interview. I was interviewing for a Psychiatric Nurse Practitioner position. I wore my killer boots. I entered the interview room to find forty people, told them my story. Then I was left in the room with four doctors and told my story further. There was a pot luck. After three hours, I was tired. I excused myself and left. I was done.

On the drive home, they called my cell and offered me the job. And yes oh yes, I said yess.

It's been a year, I'm still here. It 's a fabulous job. Everything I dreamed it would be.

During that interview, I told them how I failed while learning how to be a Psychiatric Nurse Practitioner.

It was a failure of technique really. Traditional nursing is practiced using a blend of caring and science. When I was a regular nurse, I used science to take blood pressure, read lab results, understand medications and how they worked. I used caring to talk to a patient, explain those labs results, blood pressure and medications.

In mental health, there are no labs. No x-rays. Just the patient sitting in front of you. And they are often lying. The key is to listen to what they are not saying, to hear their body language.

That was a skill set I utterly failed at. At first.

I utterly failed my first patient that I had while training to become a psychiatric nurse practitioner. Failed. He had come in to the psychiatric hospital full on psychotic. He felt the FBI was out to get him, him mom was helping the FBI, he was being monitored from every angle. In fact, they could see and hear him right now. He was hearing voices. He was 23, smart. Studying to be a doctor even. So, I tried to teach him that he was developing schizophrenia. Read him chapters from my textbook. I explained his thoughts paranoia about the FBI was just a symptom. I was using my science and utterly failing at my caring.

He stopped talking to me, stopped cooperating with the treatment team. Stopped taking his meds. I broke whatever trust he had in his treaters. I have honestly never forgiven myself for this. I took a patient and made him worse. This was my failure.

I told the group this. I told them how I failed. Then I told them what happened next. I completely turned everything around. I started listening to my patients more, reacting and adjusting my approach to reach them better. Which is what a nurse does, she tailors her treatment to fit the patient. Basically, I started articulating my nurse DNA and then, I started to get good at my job.

During the interview I said all of this. It wasn't planned or well rehearsed. It was me, explaining me.

While telling that story, I felt my strength. The strongest lessons are learned through our biggest failures.

Maybe this is why I got the job. Or, maybe it was those boots. 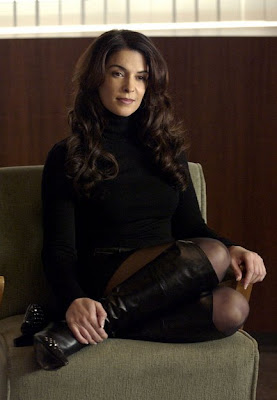 I really adore my job. I love being a nurse.

Labels: i love my job, psychiatric nurse practitioner, working the with crazies

3 Left a message at the beep:

Mrs. Hall, honey....my mom has always admired GOOD nurses. It's gotta be one o' the toughest jobs in the world I tell ya what.

Now she's whutcha call a "dental high-gin-uhst" so she can relate to this business o' ditchin' the textbooks some times an' just listenin'. Some times that's all a patient needs, ya know?

But I'm sure those killer boots didn't hurt, either.

Oh Hank! I hear ya! Dental high gin are just the best!

Especially when they are gentle and in charge all at the same time :)

You are an angel to your patients! Excellent post. I'm glad you love your job!
xo