Making his Daddy proud: the story behind this photo 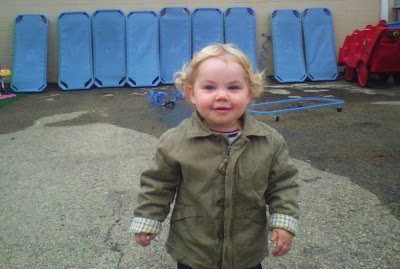 This photo was taken about three years ago, behind Mac's old daycare. At that daycare, naps were taken on blue cots. They stack quite nicely.

After each nap, the kids would have snack. Mac devours snacks. He is a ferocious eater, like a little tyrannosaurus rex.

After he pounded teddy grahams and juice- he started to run around.

A half an hour later we picked him up. The teachers were all wide eyed and were staring at us.

"No. You don't understand! He really THREW UP!! Go look outside!!"

They had to hose down all the cots.

A good aim is a great asset in life :D