I said, "CAN YOU GET EMAIL ON A SUBMARINE?"

I says to my husband, I says, "CAN YOU GET EMAIL ON A SUBMARINE?!!" 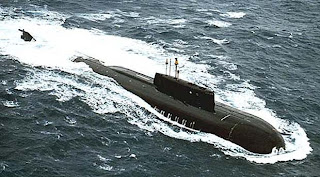 We were driving along in the ford explorer. Driving two hours to our destination. Plenty of time for my busy ADD brain to think about random stuff. So I bust out, "Can you get email on a submarine?". Mr. Hall didn't hear me. I was annoyed that he didn't hear me so I yelled,

Now, Mr. Hall is use to these random, WTF? questions. Only this question wasn't so random. Let's trace the origin of that question shall we?

OH yes, yes we shall!

Before we left that morning, I was watching Craig Ferguson videos on the youtube. I was watching them because before we leave, on any trip, I get the kids ready and we wait for Mr. Hall. We wait because he's putzy. He needs to do a perimeter check, make sure all the lights are off, make sure things are locked, make sure we have q-tips for ear cleaning . . . and does a million other things. So the rest of us, sit there waiting . . . AND WAITING BECAUSE HE'S PUTZY!!!

I use to wait in the car with the kids. But they get all monkey crazy in the car. So we gathered 'round the computer to watch Craig Ferguson videos. Which are funny and the kids get to see puppets and we all sing along. And wait for Daddy----'cause he's putzy.

Anywhoodle-one of the videos connected with the batch of Craig Ferguson videos is a video montage of Hugh Laurie . . . aka the dude on house . . with the cane . . and vicodin addiction . . . 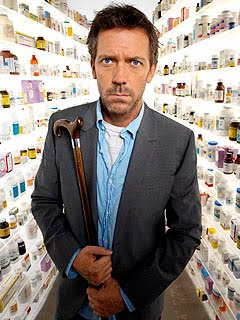 The video montage is called something like "Don't bore Hugh Laurie". Basically it's a bunch of clips from talk show appearances, like Jay Leno, Craig Ferguson, et cetera. And all the clips feature him answering the EXACT SAME QUESTIONS. Like, "You're not from America right?" or "Is your family still in England?" And the answers are all the same because they are the same questions.

Now . . . you may be asking yourself what this has to do with submarines and email access. I'M GETTING THERE PEOPLE!!! SIMMER DOWN!!

Ya see, the ADD brain is not only busy, but it memorizes most everything. Stuff that doesn't mean anything, like what the gas station guy said to me ten years ago--it's meaningless, has nothing to do with anything, but it's in there. That's why I remember most everything you guys write. If I read it in your blog, (especially personal details) it's gonna stay in mah brain. It's involuntary- this memory of mine. Like a super power really.

ANYWHOODLE . . . . so in the Playboy interview- Laurie is asked "Is your family still in England or did you bring them to LA?" And he answered thusly, "No, they're in England, but I don't have it so bad. I knew one guy who worked on a submarine who he needed to sign a piece of paper indicating if he wanted to know if something bad happened to his family while he was out to sea. Because there is nothing he could do if something bad happened, it's not like he could leave to be with them. He had to decide whether or not to know. So I don't have it so bad."

And back in the car, a year later, I'm chewing on this. Thinking about submarines. And how, if the submarine person wanted to know about family members being maimed or killed . . . how are they notified? AND THUS THE QUESTION FORMS AND THUS IT COMES OUT!!!

"Can you get email on a submarine?"

See that?? That's where that question came from!!!

Turns out, probably no, they can't get email on a submarine. When the sub surfaces, they can get information but they only surface for ten minutes at a time. And when the sub is rooting around, it's suppose to be unknown, so sending/receiving signals, to receive information, is counter productive to that purpose. This is what Mr. Hall tells me, cause he knows things. Which is perfect because I have all sorts of random questions that are bound to come out in my life. And he can answer them!! WOOT!!

So there ya go. Just another day in the busy brain of Mrs. Hall.

Labels: can you get email on a submarine?

12 Left a message at the beep:

The part I liked was where you talked about a submarine rooting around.

You should have seen the picture I got there.

yes, that is a good turn of the phrase!

ok here I go to subcribe to you!

No email on Subs ? Yeah, probably Seamen in the way of the connection :)

Mrs Hall - my blog protocol totally bites. It looks like quid pro quo but it's really me being too stupid to know how to link up anymore. So I hope people comment to help me remember where the heck they live!

I'm putting you in my Google Reader right now. Anybody who can talk about a submarine rooting around (I picture a snub-nosed puppy in the weeds) has to be read...

Also, I'm a card-carrying liberal socialist miscreant reprobate relic of the 60's, but I honor Mr Hall's service 100%, and am very appreciative that there are guys out there protecting my right to have stupid ideas!

RW: you know you've been hear before right? we talked about you being a quaker and me being a christian?

Um, he's not been in the services? Am I on the wrong blog or drunk?

OOooooOOooooOO I thought you wrote Mrs. Hall's service! guess i read too fast. Mr. Hall is part of the armed forces though:

craig ferguson and huge laurie in one post, sugar! thank you and thank you, mr. putzy! by the by, i had no idea that subs rooted around and couldn't get email while under. ;~D xox

Your hubster is very kind. He could have taken the.. er.. mocked you with a false answer :) Once asked my ex what microwave towers were for and he told me a loooong story ending in the idea that the chicken farm near the tower was selling instant microwave chicken. I think I smacked him with something then... he deserved it :)

Who would you want to e-mail on a submarine anyway?