You tell me- is this normal drunk behavior? 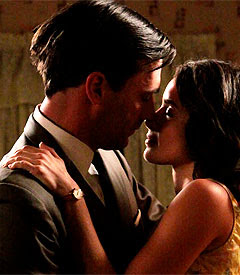 So, here's a story from work.

I was conversing with two people at work. I like these people. Then, they started busting out stories about being drunk and well, hold on, let me back up. One is a social worker who really, SHE IS ALL SORTS OF FUN!!! I MUST GO TO A BAR WITH THIS WOMAN AND HER FRIENDS!! We must go to bars and be drunk and white trashy. She has a jedi coffee mug. She's a social worker. And blonde. And like, 40, so she knows how to drink and have fun cause she doesn't have kids. Or deep thoughts. It would interrupt her fun she says.

Good times will be had.

She reported that a few years ago, at her best friend's bachelorette party- they used IVs to help prevent hangovers. The bachelorette is a nurse, so she swiped IV bags/line/pokey tools from work. "It was awesome," the social worker said, "because of those IVs, I was able to drink for two days straight!"

Remember now, I'm at work. This woman is my coworker. The best stories are told in the mental health lunch room. GAWD I LOVE MY JOB!

Then, THEN another coworker jumps in the conversation. He is a veteran I work with. Former army. Purple heart recipient. He is my go to guy for almost everything I need when I need inside information about anything. He's 28. Married, young daughter. Use to be a medic in the army.

So, the guy says, in the army they have these survival packs with two IV kits in them. Him and his buddies would swipe a bag each time they were opened. He was 19 or so at the time. He would drink all night and then have to get up at 6 am for PT. PT is running. He would pop the IV in and gently squeeze the bag in while it rested on his stomach. Then, all juiced up, he would be ready to go.

AND I'M STANDING THERE LISTENING TO THIS. JAW ON THE FLOOR. I respect these people. I know they are drunks by history but GAWD DANG!!!

My jaw was to the floor people. Because not only do I NOT have drunk stories, I don't have this caliber of drunk story. I didn't have any alcohol until I was like, 25.

So my gauge for normal drunk stories, stuff that most everyone has been through, my gauge is a little of.

My boss at the Old Job had a kit that contained a hypodermic of B-12, which was somehow involved in big drunk weekends.

I've never been drunk in my life, so I have no personal stories to tell.

However, I have been around TONS of drunk people in all sorts of situations over the years. On Army posts in Hawaii and Europe, on college campuses when my girls were in school (can you say drunk frat boys and sorority girls?) ....southern small town drunks, Texas drunks....I'm talking all kinds of drunks.

My opinion is that if people enjoy drinking THAT much they're gonna find a way to make it work for them.

I'd say your co-worker's stories are proof of that! :)

Extreme. My mates and I do the 'get uproariously tiddly' thing, but on the whole we settle for chasing balloons about and shooting each other with water pistols. That some of the participants are NOT drunk, is an indication that this might be normal-ish (though borderline).

Normal or not, shit I wanna party with these people!!

It seems pretty tame to me. :p

In the healtcare profession, and in particular, the military healthcare profession, this is consistent with my observations. I doubt they'll act like this in their 30s though!

wow, i know some drunks but ive never met any IV using drunks.

No Not normal...but what is normal unless you ...oh never mind too philosophical.

After a night out I have taken B12 vitamins and tomato juice with lots of sodium but never that.

That is just crazy.

Been around a lot of drunks in my day but they were not in the medical field.

A bloody Mary without alcohol is the norm for most drunks…not that I am saying…cough…lalalalala.
I think they are alcoholics.

Self respecting drunks do not go through such pains. I should know. Man I just wrote too much.

im sorry, im all for a good drunk story, but inserting an IV into yourself for the purpose of getting rid of a hangover means you have a real problem.

NOT NORMAL, by ANY MEANS, but Heff feels F'in COMPELLED TO PARTY WITH THIS CHICK !!!

I know how to insert an IV.

The level of drunken debachery in this country is often times unrealized. I can't speak to this being normal or abnormal behavior. I gave up on the 'lets get shit faced and party' crowd about 20 years ago. It sort of lost its luster to me by that time. I have more important things to do than find new and interesting ways to get wasted.